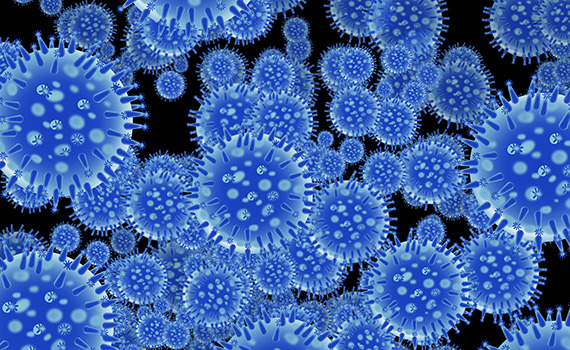 Highly pathogenic avian influenza (HPAI) is one of the biggest fears for poultry producers, and 2015’s outbreak in Minnesota, the worst the US has ever seen, has given the industry plenty of food for thought on how to improve responses to future emergencies.

Outbreaks of HPAI in the US have originated in populations of migrating wild birds and spread to domestic flocks, explained Julie Gaulthier, DVM, assistant director for poultry health, USDA APHIS, at an online event for the Protect the Flock education program. Bird-to-bird transmission, augmented by human activities, can be rapid, she said, while there is no treatment available for HPAI and up to 100% mortalities are possible.

Minnesota, the number-one turkey production state in the US, is particularly at risk, due to its many lakes providing nesting areas for migrating wild birds near to poultry production areas, explained Dale Lauer, DVM, assistant director, Minnesota Board of Animal Health.

The 2015 outbreak saw 110 farms affected and the death of more than 9 million birds, and the state’s turkey industry has “learned some tough lessons” on influenza introductions, Lauer said, with “some from the school of hard knocks.”

At the start of the outbreak, following the first case of HPAI, it was three weeks before two more cases were identified in late March, in geographically-disparate parts of the state. These could have been handled better, Lauer said, with delayed diagnosis hampering early response. This was due to a lack of resources and experience in dealing with a foreign animal disease.

A peacetime state of emergency was declared on 23 April as HPAI was detected 23 of Minnesota’s 87 counties, and what started with an industry-only response quickly became state-wide and multi-agency, involving producers, health officials, academics and legislators. Resources were freed up not only to combat HPAI, but also to provide a fully-equipped nearby testing facility, with financial support for the Minnesota Poultry Testing Laboratory.

It was a stressful time for all concerned as those responding struggled to stay on top of the “unprecedented event,” said Lauer, but risk-based poultry supply plans kept commerce going throughout.

By July 2015, the virus had been eradicated from flocks, the food supply remained safe and no human infections were discovered. The handling of the outbreak underlined the importance of coordinated communication between all parties involved.

“I was sure to make sure that our poultry industry veterinarians and commodity group representatives became part of the response at the ground level. Their input, comments and presence were extremely helpful as problems were discussed, and the event continued,” he added.

Good communication with consumers is also vital during such outbreaks, explained Denise Heard, DVM, director of research programs, US Poultry and Egg Association.

“Consumers have lots of questions and concerns, whether it’s about the people with the white suits on, or wondering if HPAI is contagious to humans, and if they can get it from eating their poultry. APHIS did an excellent job and being open as to where new cases were found, while keeping everyone calm at the same time when we had new findings,” she said.

The economic effects of HPAI outbreaks in the Midwest between 2014-15 were significant, both through domestic supply issues and import restrictions from other countries, explained Heard. But, she insisted, the nation is much better positioned to deal with similar outbreaks now than then.

“We learned the lessons from the 2015 outbreak and other devastating avian outbreaks that occurred subsequently. We now have a national biosecurity program for the commercial poultry industry.

“Additionally, we have a poultry primary breeder avian influenza compartmentalization program to protect the exportation of poultry and poultry products. Federal and state representatives as well as the industry have all done their parts to ensure that we are better prepared and equipped to handle such an ordeal,” she concluded.

Early detection is crucial to get control of future outbreaks – and knowing the signs of HPAI is vital for both commercial and backyard poultry producers, Lauer stressed.

“If there’s an unexplained increase in mortality, decreased egg production, respiratory signs, extreme quietness, depression of the birds, they should be investigated. You should make sure that people who work with your birds, whether it’s you, whether it’s your workers during the week or on the weekend, they should know what to look for,” he said.

Experts, whether veterinarians or state health officials, should be informed immediately where such signs are observed, and samples collected properly, he said, while emphasizing the importance of biosecurity.

“Biosecurity can prevent avian influenza if you use it consistently. Pay special attention to the line of separation and perimeter buffer area. Carefully follow safe entry and exit procedures into your flock,” he explained.

“Making sure that garbage and dead birds are picked out outside of your perimeter buffer areas are crucial and really important as the virus can certainly move through movement of dead birds and garbage off the farm,” he continued.

Rocio Crespo, PhD, DVM, College of Veterinary Medicine, believes that those who took up poultry ownership recently, such as during the Covid-19 pandemic, are an important new audience for such messages.

“These new poultry owners are unaware or not familiar with the events of 2014-2015. Also, there are many small animal veterinarians who are now looking after these small poultry flocks that are not aware of the symptoms or the legislation around poultry. So, there is still work to do.”

New poultry owners should familiarize themselves with biosecurity and means of reducing disease in their birds, especially when raising multiple species on the same property, she said.

“Hypothetically, Influenza not only affects their infected flock but also affects your neighbors, whether they have poultry or not,” she added.

Share It
The 2015 outbreak of highly pathogenic avian influenza (HPAI) in Minnesota was the worst the US has ever seen, with 110 farms affected and the death of more than 9 million birds. What has the poultry industry learned from this and other outbreaks?